Minecraft has hit more than 13 million registered users, many of whom will be eagerly awaiting the major 1.8 Adventure Update 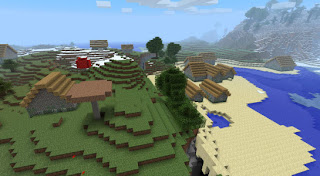 Blocky PC masterwork Minecraft has now collected over 13 million registered users, according to the game’s creator Markus Persson, or ‘Notch’ as he is better known.

UPDATE (09/15/11): Today’s new release of Minecraft 1.8.1 means that the Adventure Update is finally, officially upon us.
UPDATE (09/11/11): The beta version of Minecraft 1.8 Adventure Update was leaked early on Friday but it still contains a lot of bugs. You’ll have to wait just a little bit longer for the final fixed form of the update.
It’s been less than 3 months since Minecraft hit over 10 million players, with another spike in player numbers in large part due to the anticipation of the 1.8 Adevnture update. While the majority of that huge number of people have been happily playing on the free version of the game, more than 3.4 million have paid between 10-15 Euro for the full beta version complete with updates. Notch and Jeb (Jens Bergensten) posted some new screenshots recently showing what the major 1.8 ‘Adventure Update’ will look like, showing the promised NPC villages and moss-covered, abandoned ruins dotting the landscape (see pics).