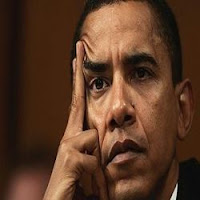 Islamabad. U.S. President Barack Obama has supported the Wadakilafi the Pakprst forces. He called for U.S. intervention in the Kashmir issue is raised again.NSG meeting on the construction of nuclear reactors in the U.S., kept quiet and were approved.
This public-Pakistan forces after the U.S. intervention in Kashmir have begun to expect.Should implement their inherent right of self-determination. Washington-based Kashmiri Fi - is also the Chairman of the American Council.
U.S. media questionsBut the U.S. media in India - are questioning the U.S. policy in Pakistan. 'Hfingtn Post wrote that the way in the fight against terrorism, despite the duplicity supports Pakistan's stand is that India's diplomatic, military circles in the general population and is also a huge disappointment.
Your voteOnly assured by the U.S. does not always support Pakistan and China? India to the United States should change its policy?
Posted by sumit at 11:35 AM