Amitabh was the humiliation of Netaji Subhash Chandra Bose! The court sent a notice 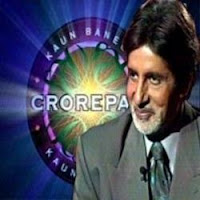 Mumbai. Bollywood megastar Amitabh Bachchan's famous show "Kaun Banega Crorepati 'is the trouble.Court while hearing a PIL action Tuesday.
The petition Kaun Banega Crorepati "the fourth edition (KBC-4) Subhash Chandra Bose's promos have been accused of insulting. According to the petition, promos, Bose's slogan, 'Give me blood, I will give you freedom "has been scoffed at. Court Amitabh Bachchan and the Sony TV is instructed to respond by 28 July.
What's promos
Ask a child actor on the sets of KBC 'Give me blood, I will give you freedom ", gave this slogan? The child's answer - yet you have said.
Amitabh child that you must have heard it somewhere.When will get independence? "Then they laugh.
Mukesh Sharma petitioner issued to promote the KBC-4 in five of the six scenes has made a mockery of the slogan of Netaji.
Court to the complainant and the Advertising Standards Council of Union Information and Broadcasting Ministry also asked for the defendant.
Central Board of Film Certification R's lawyer. Rodriguez argued that the promo was humorous but not insulting.
Your talkKBC's involvement, what do you think of the controversy? Write your opinion in the comment box to share with readers worldwide.
Posted by sumit at 11:37 AM