SBI not to cut lending rates 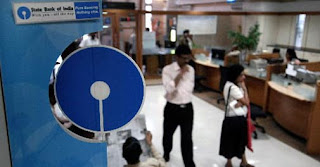 State Bank of India (SBI) has ruled out any cut in its lending rates due to steep hike in the provisioning for restructured standard assets, a senior bank official said on Thursday.

"The 75 bps (0.75 per cent) hike in provisioning has closed the room for any lending rate cuts. Therefore, our asset liability committee, which met yesterday, decided to leave the lending rates unchanged," an SBI official said.

The only measure which may have prompted a look at the rate cut was the 0.25 per cent reduction in the cash reserve ratio by RBI in its second quarter policy announcement on Tuesday.

After the credit policy announcement, bank chairman Pratip Chaudhuri had hinted at a rate cut saying the Alco will be meeting in a day or two and the bank will prefer a "secular cut" in the base rate.

The RBI, as part of its gradual move towards higher provisioning for standard restructured assets, as mooted by the B Mahapatra committee, has increased the same to 2.75 per cent from 2 per cent. The committee has proposed it to be raised to 5 per cent.

Chaudhuri said the bank will lose Rs 300 crore because of the additional provisioning requirement while gain from the CRR cut is only Rs 225 crore.

However, he had said the Rs 75 crore shortfall will not deter the bank from cutting rates as it has already budgeted Rs 10,000 crore towards provisions for the fiscal and the asset quality is improving.

With a base rate of 9.75 per cent---the last cut was in mid-September by 0.25 per cent following the CRR cut in the mid-quarter policy review, SBI's base rate is one of the most aggressive in the banking system at present.

Already the bank has cut lending rates to a low of 10.25 per cent on home loans and 10.50 per cent for auto loans as part of a festive offer valid till the end of December. The offer also includes a 50 per cent reduction in the processing fee.

Bankers have been maintaining that changes in the base rate are directly aligned with the movement of their cost of funds and the broader drop in deposit rates observed in the recent past is being seen by many optimists as a pre-cursor to a lower rates regime.
Posted by jyoti at 1:05 PM