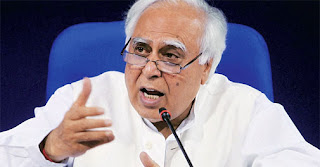 The Empowered Group of Ministers on Thursday allowed existing players to retain a maximum of 2.5 MHz in prime band spectrum when their current licences expire, provided they pay a price which will be determined later through auction.

The EGoM also decided that companies will have to pay a market price if they merge or acquire another company which was allocated spectrum at old price of Rs 1,658 crore.

"Telecom companies will be allowed to retain 2.5 Mhz of spectrum in 900 Mhz band but they will have to pay market determined price decided through auction. The auction for 900 Mhz band will be conducted 18 months in advance from date licence of telecom companies expires," sources said.

Telecom regulator Trai has recommended that existing operators give up all their spectrum holdings in prime 900 Mhz band when their permits come up for renewal starting November, 2014. The government has in principle approved the Trai recommendation.

Telecom Minister Kapil Sibal after the EGoM meeting said, "EGoM has decided on whats needs to be done for all those who have 5 MHz spectrum."

The EGoM, headed by Finance Minister P Chidambaram, took the decision based on the recommendation of the Department of Telecommunications.

The Telecom Commission had earlier recommended that existing operators give up all airwaves in 900 MHz.

On mergers and acquisitions, the EGoM decided that companies would to pay the market price if they acquire spectrum from another company which was allocated spectrum at old price of Rs 1,658 crore.

"... in the context of merger and acquistion what is the price that would have to be paid if the acquiring company has to acquire spectrum given to a company at an administered price, which is Rs 1,658 crore, thats one decision that has been taken," Sibal said.
Posted by jyoti at 1:09 PM