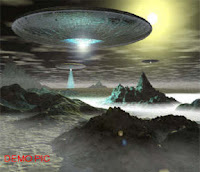 Beijing: Air traffic at an airport in China was restricted for about an hour after a UFO was spotted over it, media reports said on Thursday.
The UFO was seen over the runway at Chongqing Municipality's Jiangbei International Airport, following which flights were disrupted, Shanghai Daily reported.
Air traffic was restricted for about an hour from 12.30 p.m. The restriction was lifted after the UFO left, the news daily said.
Authorities in Chongqing have not offered an explanation for the unusual phenomenon.
Airport officials, however, were of the opinion that it could be a sky lantern or a large balloon. A sky lantern is used by Chinese when they pray for good luck.
Posted by sumit at 11:41 AM