Aliens exist among us, says NASA 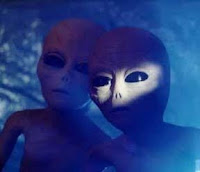 London: NASA has made a stunning claim of an "astrobiology finding" that could suggest alien life exists - even on Earth.
The discovery could prove the theory of 'shadow' creatures which exist here in hostile environments previously thought uninhabitable.
The 'life as we don't know it' could even survive on hostile planets and develop into intelligent creatures such as humans if and when conditions improve.
Researchers will unveil the discovery of a microbe that can live in an environment previously thought too poisonous for any life-form, reports the Telegraph.
The bacteria has been found at the bottom of Mono Lake in California's Yosemite National Park which is rich in arsenic - usually poisonous to life.
Somehow the creature uses the arsenic as a way of surviving and this ability raises the prospect that similar life could exist on other planets which do not have our benevolent atmosphere.
Lewis Dartnell, astrobiologist at the Centre for Planetary Sciences in London, said: "If these organisms use arsenic in their metabolism, it demonstrates that there are other forms of life than only those we knew of. They're aliens, but aliens that share the same home as us."
The space agency will announce the full extent of the findings at a press conference titled "astrobiology finding which will impact the search for evidence of extraterrestrial life".
Scientists have also estimated that life of some kind exists on hundred billion trillion Earth-like planets in space.
Phot courtesy: Screen grab of X-Files
Posted by sumit at 12:04 PM