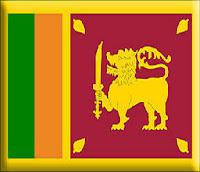 Colombo: Sri Lanka today announced the lifting of the state of emergency imposed nearly 30 years ago to confront the threat from the Tamil Tigers.
The announcement was made by President Mahinda Rajapaksa in Parliament saying, "I am satisfied that the state of emergency is no longer required. So we will not extend it".
Rajapaksa said, "Today I propose to this assembly the withdrawal of the emergency laws to enable the country to conduct its affairs through its normal laws and in a democractic manner".
The island nation has been under a state of emergency since 1983, when the LTTE under its late commander Velupillai Prabhakaran was posing a threat to the country's government and forces.
The announcement of the withdrawal of the draconian laws came as Colombo is facing intense international pressure to end the arbitrary laws with human rights group accusing authorities of misusing it to crack down on dissent.
The Parliament extended the state of emergency every month and the practise was continued despite the end of the war in 2009.
Rajapaksa said there had been not a single act of terrorism in the island since the war with the LTTE ended in May 2009.
Emergency regulations allowed the security forces to detain a person whom they "believe may commit offences," for up to one year as a preventive measure.
The laws were first introduced in 1971 after an insurrection by the Marxists to topple the then government, but was abolished in 1977.
In 1983, the regulations came to be re-imposed with the stepping up of the separatist campaign by the LTTE.
In 1994, the regulations were limited to the north and eastern districts where the LTTE were running their parallel administration.
The whole country was put under the regulations in 1995 when the LTTE resumed its hostilities after a brief period of talks with the government.
With the government entering the Norwegian backed peace talks with the LTTE, the state of emergency was lifted in 2002 only to be re-imposed in August 2005 when the LTTE carried out the murder of the foreign minister Lakshman Kadirgamar.
The Rajapaksa government in May this year relaxed some of the provisions where the period of detention was reduced to three months.
Posted by sumit at 10:12 PM