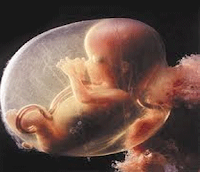 Indore: Surrogacy in Indore has gone global with the Internet. The internet has seen a sudden spurt of advertisements offering wombs for hire in Indore.
Not only are surrogate mothers placing ads on their own on the net, the web is full also of sites that promise to help childless couples rent a womb in Indore.
For instance, a website hosted out of India (surrogacyfinder.com) offers the services of city women Anjali, 24, Shashakti, 28, Sarika, 28, and Pratibha, 37,   as surrogate mothers to couples all across the world.
Individual ads are posted mainly on websites that accept free ads. Women who want to let out their services leave their name, age and contact details on these sites for couples.
In all the cases, rates are negotiated only after a personal meeting or through a trusted intermediary.
Surrogacy has been a common phenomenon in urban India for the past few years. But most of the prospective mothers would earlier solicit clients only through families, relatives and Indian agencies. But in Indore the trend has become global.
So, why has Indore suddenly emerged as a centre of surrogacy on the global network?
The biggest reason is Indore’s emergence as a premier destination in the country for infertility treatment.
“Indore is among the leading centres of such treatment in India. The first clinic in the city was opened way back in 1976, when even the procedure was alien to most of the practitioners,” said Dr Dhiraj Gada, president of All India Association of Infertility Doctors.
“The early start gave a boost to the treatment in the city and it grew with the increasing number of experts and facilities”, said Dr Asha Baxi, who is running Disha Fertility Centre in the city since year 1998.
Not only the early start but the availability of a wide range of facilities coupled with cheap rates has added to the number of patients visiting the city. Patients from over the country and even abroad are visiting the city to avail the treatments.  “I treat around 8-10 non residential Indians every year,” added Bakxi.
There are more than a dozen clinics having renowned experts offering their services in Indore.
President of All India Association of infertility doctors, Dr Dhiraj Gada who is also credited with having the first infertility clinic in the city in the year 1976 said, “The affable nature of the people is also making the city a hub of infertility treatment.”
Since a lot of people come to the city for treatment, there is a huge demand for surrogate mothers.
DNA responded to an ad by a woman called Aarti Patel, 24, whose local contact was a resident of Rajwada, Indore.
The contact said his ‘sister-in-law’ is currently in Gujarat. But she would come to Indore if the couple wanted to negotiate a deal with her. Patel said his relative, mother of a child, is in dire need of money. When asked about the charges he did not comment.
A doctor requesting anonymity said, “The charges against surrogate mothers vary from Rs 2 lakh to Rs 8 lakh depending upon the patients as well as the surrogate mother.”
Posted by sumit at 11:22 AM