Padmanabhaswamy temple: 'Snake will kill family of one who opens last vault' 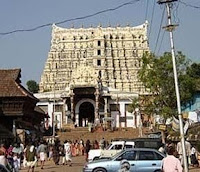 Thiruvananthapuram: A group of priests who conducted an astrological examination or 'devaprasnam’ at the Sree Padmanabhaswamy temple has concluded that family members of those who open its yet untouched vault B would die, said an expert on Thursday.
The temple, among the richest in the world, has six vaults. Five of these were opened on the orders of the Supreme Court and a treasure trove estimated to be more than Rs1 lakh crore was discovered.
Vault B was not touched by a committee that was appointed by the court for stock taking of the temple's treasure last month.
The astrological examination that began at the temple on Monday involved discussions among the members of the team headed by Mathur Narayanan Renga Bhatt, an expert in conducting rituals.
The discussions, held in the open, concluded that it would be best that vault B was left unopened because it was believed that it could only be opened by "God".
The experts concluded that if anyone opened the vault, one of his family members may die either due to a snake bite or consumption of poison.
Stocktaking of the temple's treasure started after TP Sunderarajan, a former Indian Police Service officer, approached the apex court alleging mismanagement of temple affairs.
Sunderarajan, 70, died on July 17.
The erstwhile Royal family of Travancore oversees the functioning of this prestigious temple, through an executive committee.
Aditya Varma, scion of the erstwhile royal family, earlier said that the discussion and astrological examination related to vault B was done after receiving numerous letters from devotees and also from various Hindu organisations.
According to the records of the temple, on the main door of vault B a picture of a snake is etched and it signifies danger.