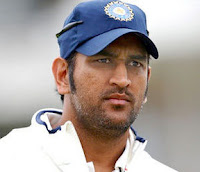 London: The Indian cricket team has been dragged into the Anna Hazare movement, wittingly or unwittingly.
On Tuesday, they came close to a group of people who held a demonstration outside the Indian High Commission here expressing solidarity with the movement led by Hazare in India. The Indian players went into the high commission office when the demonstration was on. Read: MS Dhoni's elder brother bats for Anna Hazare
Skipper MS Dhoni refused to comment on the movement stating that he would rather stick to the game.
On Thursday, the group plans to hold a rally outside the Oval Cricket Ground, the venue of the fourth Test between India and England.
Posted by sumit at 10:13 PM