How did life come on Earth? 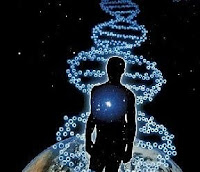 London: Many experts believe that biological raw materials were carried to our planet as lumps of asteroid rock. The molecular structure of amino acids - the building blocks of proteins and living organisms - does provide a clue.
The molecules come in two mirror-image varieties, the left and right-handed. But only left-handed amino acids are found in nature.
Recently, NASA scientists reported finding the amino acid isovaline in samples of meteorites that came from asteroids, the Daily Mail reports. Most of it was in the left-handed form, suggesting that left-handed life may have had a kick-start in space, according to a NASA statement.
Now the same scientists have discovered left-handed isovaline in a much wider variety of carbon-rich asteroids.
NASA's Daniel Glavin said: "This tells us our initial discovery wasn't a fluke, that there really was something going on in the asteroids where these meteorites came from that favours the creation of left-handed amino acids."
The scientists believe that early in its history, the Earth was bombarded with meteorites containing left-handed amino acids. The bias towards left-handedness would have continued as the material was incorporated into emerging life.
Evidence suggests that the presence of liquid water amplifies levels of left-handed isovaline (L-isovaline) in asteroids.
Posted by sumit at 12:08 PM